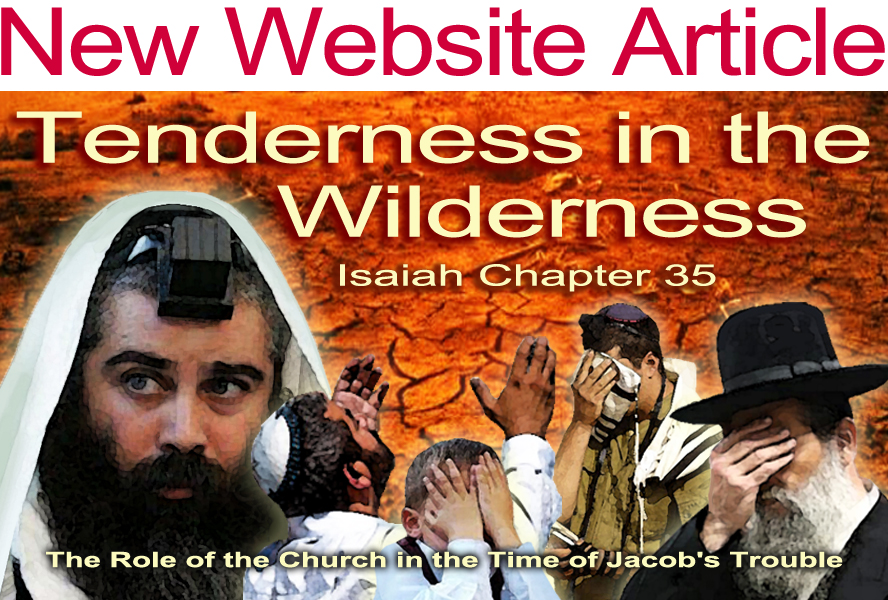 “Tenderness in the Wilderness” (Isaiah Chapter 35)

No nation has suffered more on earth than Israel. The nation of Israel was chosen by God to be a unique nation in that it would be a theocracy where God would be the only God and that He would have a nation totally separated to Him, free from idolatry, and one called to be a light to the other nations and a kingdom of priests, a holy nation, reflecting the nature and character of God Himself as a light shining in a dark and sinful world estranged from its creator because of its idolatry, its sin and rebellion against God (Exodus 19:6). In 1948, after almost 2,000 years of exile, Israel as nation was reborn. It was a nation born in a day (Isaiah 66:7-9). Ezekiel the prophets tells us that the nation would be re-gathered to the land and that in the land they would be spiritually revived, a spiritual revival yet to come in the future (Ezekiel 37:1-10).

However, at present the nation of Israel is estranged from God and most Israelis are living secular lives. As for the Jewish orthodox religious sects they also are rejecting the Messiah. Even though there are Messianic fellowships growing in Israel where the Lord Jesus is honoured and worshipped, by and large there is a hardness of heart that prevails in Israel but it is a partial hardness which God is going to have to break apart (Romans 11:25). There is only one way for God to grab Israel’s attention and that is to have them pass under His shepherd’s rod of correction in the wilderness, not a literal wilderness as such, but a wilderness experience as a nation where they are stripped of all reliance upon anyone or anything else apart from a total reliance upon God alone, a lesson God has been seeking to teach Israel from the time when they were wondering in the wilderness after their deliverance from Egypt. The wilderness must come first before the Promised Land. This is true for all who would serve the Lord.